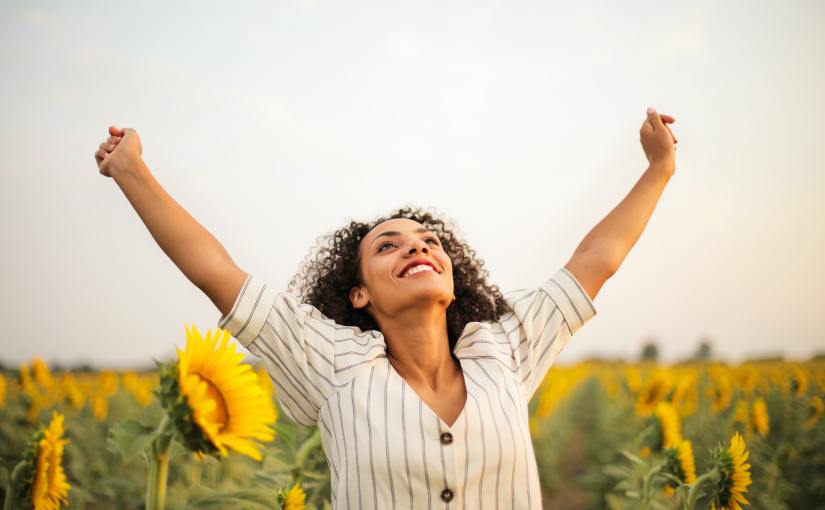 I find it fascinating that in some of the worse circumstances of our lives is where we grow to become heroines of our own destiny; and where God lets us see that we are created for victory and not victims of our circumstances. The pain, struggles, hardships, those weeping nights, going hungry, homeless, or in shackles, are the very circumstances that lets us see who we really are. Walt Disney Pictures has this knack of turning the weak and feeble, into the strong and independent like in Mulan, Anastasia or Moana. But God, in His word, is the epitome of this very principle of turning a nobody into a somebody, or better yet, using the victims to become the victorious, for His glory.

So many times the Word of God says, “Be strong and of a good courage” (Joshua 1:6). It’s repeated in every story where God uses a weak man, to do something beyond his capability. Joshua needed to take over from Moses, the man who led an entire generation out of Egypt (Watch the King of Egypt, this is also a Disney Pictures). When you are the person taking over from that kind of leader, you can’t see yourself for more than you really are: a weak, insignificant, powerless, nobody. Who are you to lead anyone? That’s why you need someone even greater than Moses, to tell you, “Be Strong,” you can do this! The thing is, we never look at ourselves through the eyes of God initially, we look at ourselves in comparison to someone else who seems better. But, where did their courage from? If they were to be honest, they too felt like a total loser who was undeserving of greatness.

Joshua was one of the twelve spies Moses sent out to check out properties for the Israelites. As you can imagine, they needed acres and acres of land for the millions of people to live in. Now, naturally, we didn’t expect that this land was going to be empty. We know what happens when land is sitting unused. Nomads come and squat there. These nomads were actually giants. The majority of the spies came back to report that, “We went to the land where you sent us. It really is a land flowing with milk and honey. Here’s some of its fruit. But the people who live there are strong, and the cities have walls and are very large. We even saw the descendants of Anak (the giants) there” (Numbers 13: 28-29). This negative report drained all the excitement about the milk and honey that could be found in the land. This is when we begin the the negative self talk: Look at me. I’m nothing but a loser. What battle have I ever fought? We were slaves only for the last 400 years. Who are we to fight anybody!

See my blog: Recused from bondage

Luckily, there were two minority men that saw things differently. Joshua and Caleb came back with positive news, “Let’s go now and take possession of the land. We should be more than able to conquer it” (Numbers 13:30). In other words, yes, there were giants, but we can take them. For God’s sake, there were 10 tribes, and millions of people (pun intended). It was God’s plan for the people to walk into the promised land. Why would they allow themselves to be distracted by what they saw, and feel feeble because of it? We do this all the time. We see an obstacle blocking us from the very goals and desires in our hearts, and rather than fighting for them, we give up. I second guess myself, and make excuses why it’s not the right time for me.

There is a more positive report over our lives, set by our Maker, before we were even born. According to Jeremiah 1:5, “Before I formed you in the womb I knew you, and before you were born I consecrated you…” Don’t say you are too young or too old, or you are a woman, or you are black or whatever. Don’t say it. Instead, say that “you are well able”, say “let’s go now and take (it)!” say “this is my time,” say, “I was made for this.” Even when you cannot see it yet. That’s the beauty of faith. None of these Disney characters saw the great things they were going to do. They only knew they had to, because deep in their core, they saw things differently. But, when you look at their physical condition, they were hopeless. Mulan was an Asian woman, planning to fight in a man’s war! Anastasia was a poor little orphan, didn’t even know that she was really a Russian princess! And Moana? She was a little Indian girl who saw a world outside of the little reserve she lived in. These young women had to tear away their feelings of insignificance, feebleness, and lonliness, to walk through whatever obstacles, defy the odds, break down barriers that stood in their way, ventured out alone when no one else believed in them, to fight for the future they wanted. Before they could do that, they had to possess the Joshua and Caleb spirit, and declare to themselves, “let’s go now and take it!”

This is how we use the worse circumstances of our lives and rise above it, to become who we were meant to be. We are all a bunch of nobodies who one day will become somebodies. The power to do this is through positive self talk, you know, that Joshua and Caleb spirit. We all possess this mystical and mysterious skill called faith. It’s this weird thing where you look at your circumstances and say to yourself, “I have victory and I’m not a victim of my circumstances.” So, in Joshua’s and Caleb’s words, “let’s go now and take possession… We should be more than able to conquer it.”